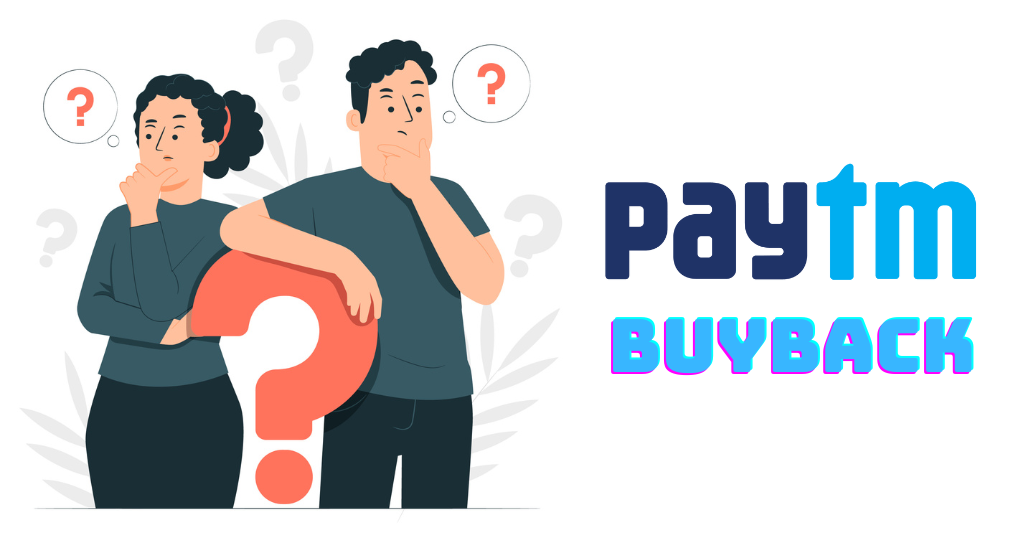 Imagine selling a shoe to a customer for ₹ 2,000 without any return policy & when they complain about false promises & quality of the product you buy that same shoe from them for ₹ 800!

Paytm is an Indian financial technology company that recently announced a buyback program for its shareholders.

A buyback, also known as a “share repurchase,” is a corporate action in which a company purchases its own outstanding shares in the market, reducing the number of outstanding shares and increasing the ownership stake of the remaining shareholders.

Paytm share continue falls after listing in the stock market. Stock is currently more than 4x down from its all-time high.

Paytm’s buyback program was announced on December 13, 2022, and will see the company repurchase up to 6.67% of its outstanding shares at a price of INR 810 per share.

The main reason for Paytm’s buyback program is to increase shareholder value. By repurchasing its own shares, the company is able to return excess cash to its shareholders and increase the ownership stake of the remaining shareholders.

This can also help to boost the company’s stock price by reducing the supply of outstanding shares and increasing the demand for the remaining shares.

In addition to increasing shareholder value, Paytm’s buyback program is also a sign of the company’s confidence in its future growth and profitability.

By committing to significant share repurchase, the company is demonstrating its belief that its shares are undervalued in the market and that it has the financial resources to fund the buyback.

Overall, Paytm’s buyback program is a positive development for the company and its shareholders.

It demonstrates the company’s confidence in its future prospects and its commitment to increasing shareholder value.

It remains to be seen how the buyback program will affect the company’s stock price and financial performance in the future, but it is a promising start for Paytm as it continues to grow and expand in the competitive Indian fintech market.